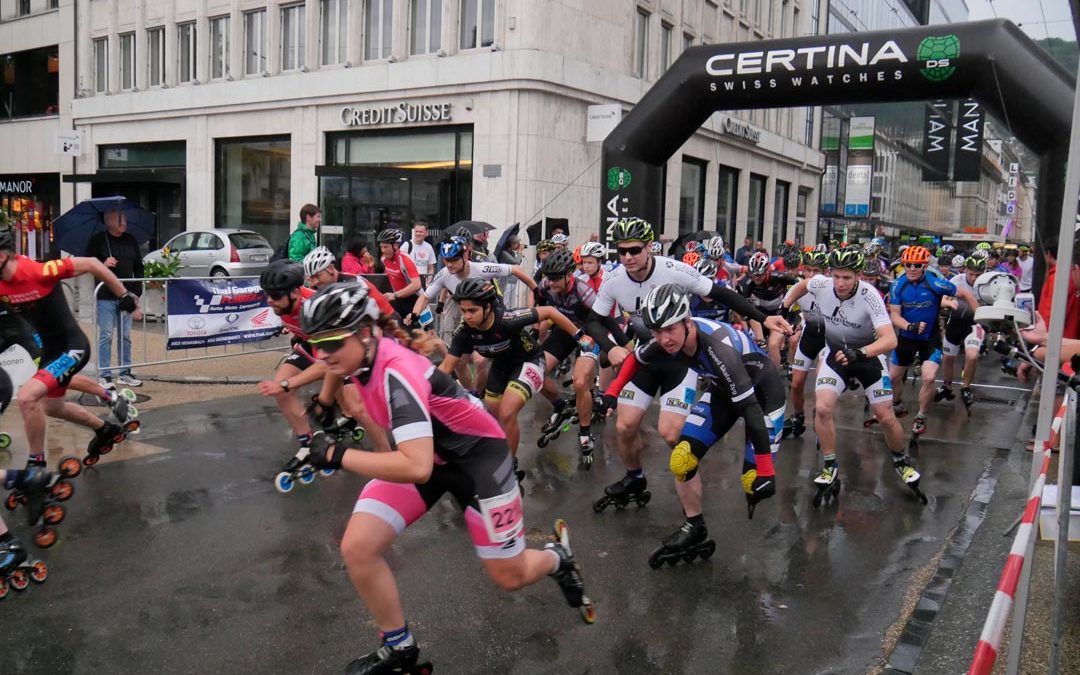 For the 15th time the traditional Certina Inline Race took place before the 100 km race in Biel and already for the 4th time Peter Michael (NZL) could win this half marathon. This year for the first time under very challenging weather conditions, with which also the other 200 skaters had to fight.

Thunderstorms with torrential rain and windgusts flooded the village and the race track 3 hours before the start. After a calming down of the weather all hoped for a stabilization, but Meteo Switzerland announced further thunderstorms for the evening, so that the race direction had to prepare for possible safety measures up to the cancellation. Fortunately, these did not have to be used, as the rain was limited and the track was passable. Nevertheless, the participants had to concentrate very hard on the curvy street circuit and there were occasional falls.

Peter Michael (NZL) has not been stopped by these adversities. He was able to break away from his competitors and crossed the wet finish line in front of Yves Reist (SUI) and Tim Sibiet (BEL). Mareike Thum (D) won the women’s event in front of Larissa Gaiser (D) and Nadja Wenger (SUI).

The youngest starters of this city circuit did not let themselves be spoiled at all. Together with Rollliii, the mascot of the Swiss Skate Tour, they rolled through the city and received their medals at the finish.